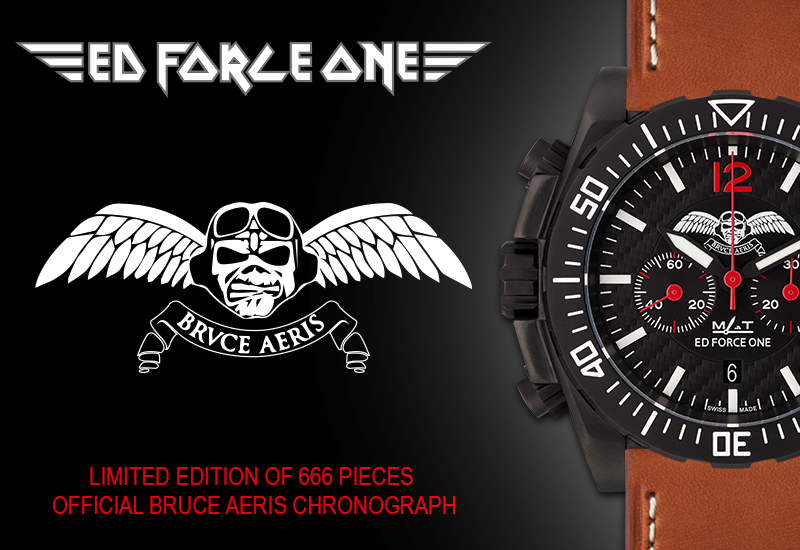 A numbered, Limited Edition of 666 Pieces

MATWATCHES, the leading French company in the manufacture of military & aviator watches, in conjunction with IRON MAIDEN vocalist Bruce Dickinson, is delighted to announce the creation of a prestigious limited edition, official Bruce Aeris quartz chronograph pilot’s watch. Produced to commemorate Bruce piloting the band’s customized Boeing 747 jumbo jet Ed Force One, around the world on The Book Of Souls 2016 World Tour which carried Iron Maiden, their crew and over 20 tons of stage equipment across six continents. 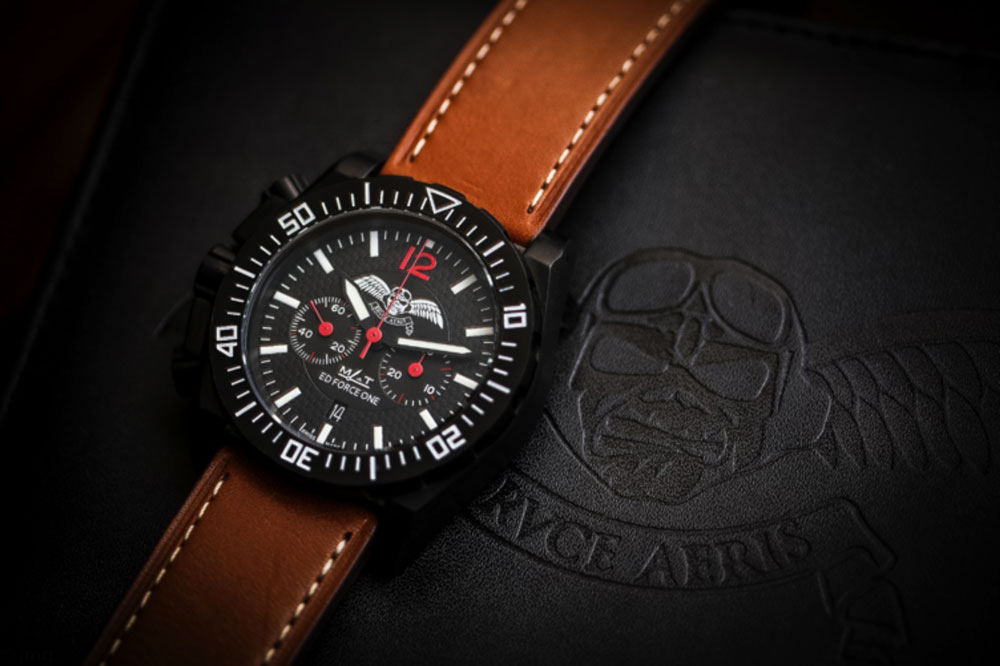 Bruce comments: “I met Fabrice from MATWATCHES a few years ago and he kindly gave me the pick of his watches as a gift. I chose what turned out to be a test pilot’s timepiece and I’ve pretty much worn it ever since – not just when I’m flying but daily! Fast forward to the start of 2016 and we came up with an Ed Force One watch as a celebration of the plane – initially as a gift from me to my bandmates – but because of the quality, practicality & collectability of it I decided to pick our favourite number (666!) and produce a strictly limited edition timepiece to commemorate an amazing tour on Ed Force One. We’re now making it available to watch collectors, 747 fans and maybe some people that know me from my day job!”

Fabrice Pougez, Head of MATWATCHES says: “Bruce is, without a doubt, one of the most famous rock singers in the world, as well as an experienced and respected professional pilot, so we were thrilled when, due to our mutual passion for aviation, entrepreneurship and music, he agreed to collaborate with us to create this unique Bruce Aeris timepiece”. 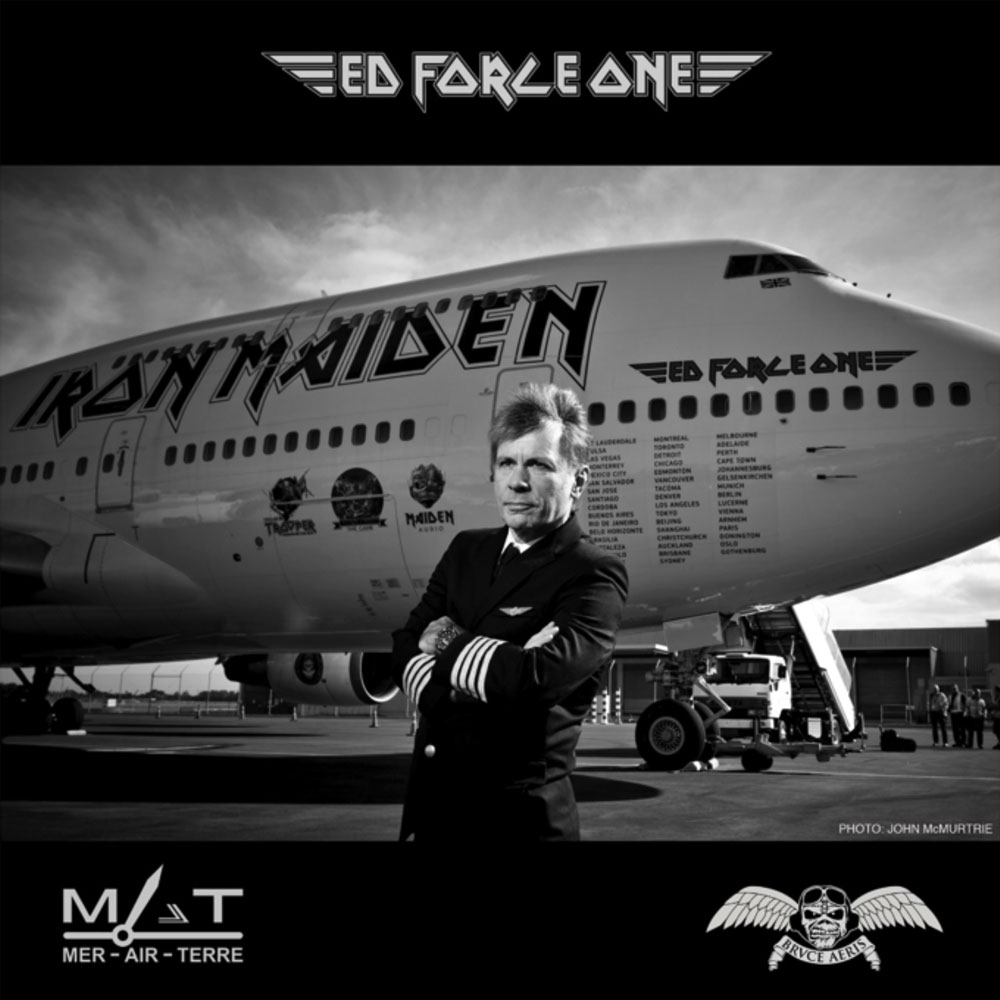 The bespoke professional pilot’s watch will be strictly limited to 666 individually numbered pieces packaged in a Collectors’ Box accompanied by a certificate of authenticity personally signed by Bruce Dickinson & a photo of the plane (above) that completed some 61,518 miles (99,003 km) and 48 sectors of service on The Book of Souls 2016 World Tour. The watches are available on a first come, first served basis from www.bruceaeris.com retailing at £666 (£799.20 including VAT).

Registration of interest to purchase them opens on July 29th 2016 with the first batch of watches ready to be shipped by the first week of August.

Bruce Dickinson is best known as lead singer of Iron Maiden, one of the most internationally successful rock bands of all time, with over 90 million album sales in their career to date. He is also a commercial airline captain with a lifelong and varied interest in all things aviation; Bruce owns a Fokker Dr1 Triplane which he flies as a member of the Great War Display Team performing aerobatic displays throughout Europe and he is an investor in the HAV Airlander, a UK airship venture to manufacture lighter-than-air hybrid transport aircraft. When not on tour or recording with Iron Maiden, Bruce spends much of his time at Cardiff Aviation Limited, an aircraft maintenance facility in Wales which he founded in 2012 with fellow pilot Mario Fulgoni. Cardiff Aviation specialises in heavy maintenance of Airbus and Boeing commercial aircraft and the training of pilots.

ABOUT MATWATCHES: A WATCHMAKING TRADITION

MATWATCHES has been the leading French company in the manufacture of military watches for ten years. This artisanal watchmaker, based right in the heart of Paris near Place de la Madeleine specialises in the design and manufacture of bespoke editions of mechanical Swiss watches with automatic winding for professionals.  Equipped with the most noble components, regularly tested in the most extreme situations, MATWATCHES timepieces are approved by Elite Armies such as the French Foreign Legion. Performance and reliability are the watchwords of this independent French brand. The idea of creating a watch for Bruce Dickinson is the result of 20 years of passion for aviation, mechanics, entrepreneurship and for music. MATWATCHES was honored in 2013 to be able to create a limited edition of 150 pieces for the 150th anniversary of the Battle of Camarón in Mexico. 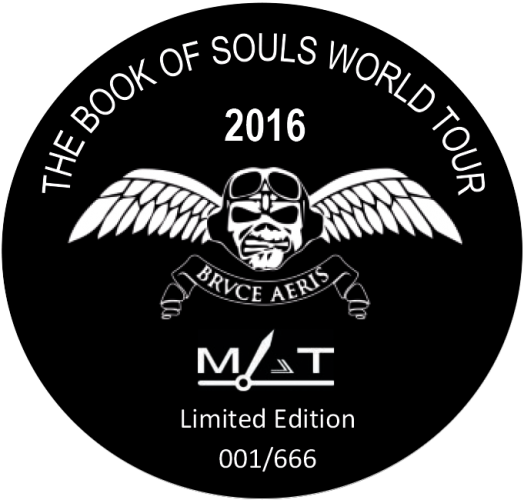 The official Bruce Aeris chronograph quartz is a technical and operational product which is identified by its black steel, interchangeable straps and with its high resistance to shocks, traction, bad weather and extreme conditions. The luminous index of its dial are manufactured in Super Luminova BGW9 and its reinforced sapphire glass provides legibility under numerous circumstances.

This model was tested to be waterproof at 200 meters thanks to its screw-in crown and pushers.

This Chronograph will be delivered in its Collectors’ box with 3 straps and a tool to exchange the straps. 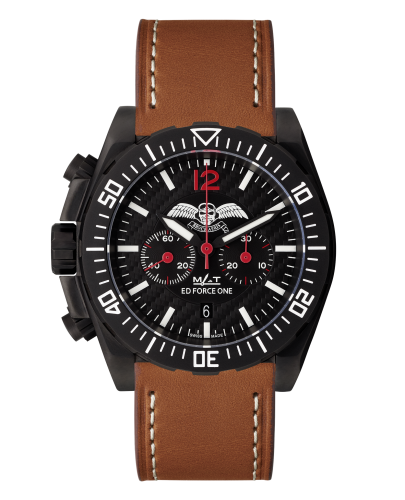 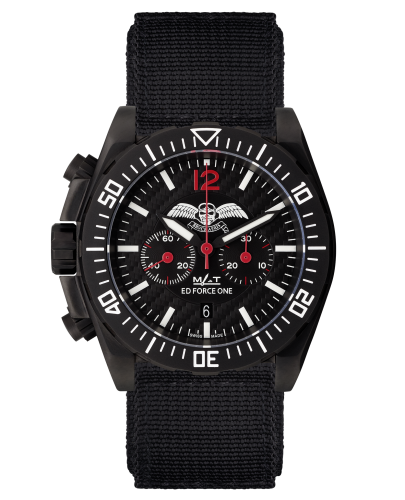 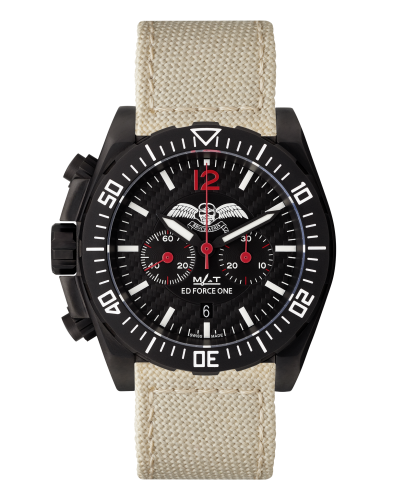 A certificate of authenticity signed by Bruce accompanies each numbered and engraved watch making them unique.

The Chronograph comes with a 2-year warranty against manufacturing defects.

The Bruce Aeris website (www.bruceaeris.com) will explain how to reserve your timepiece. This watch will be exclusively sold on the principle of “first come, first served”.

The Official Bruce Aeris Chronograph is a limited series of 666 copies. The serial number of the Chronograph will also be recorded on the certificate of authenticity.